A Day in Dublin

Being asked for directions...twice. Once in Chicago and once in Dublin. Love the feeling of being approachable, or the feeling of not being a tourist or maybe both.

Learning to walk on the wrong side of the sidewalk. Feeling like a drunk on Saturday night, weaving in and out of the foot traffic and tripping over things. I think I nearly got hit 3-4 times and tripped over stuff (probably my own feet) at least twice.

“Bin your gum” Not Euro 150 First, I love the phrase! Second...that's a lot of Euro for tossing your gum on the ground! They take littering seriously here. 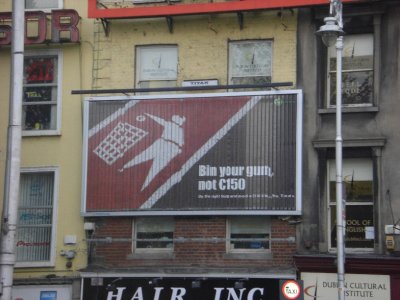 Wondering when kids this young started traveling. I swear that some the kids in the hostel tonight look like they are about 12 y/o.

Trinity College: Trinity now wants to attend and we don't know what it offers. But they do have a cool 'Trinity' sweatshirt! Thinking maybe a Christmas gift....shhh, don't tell her!!

The shock of co-ed bathrooms. On finally checking into our room and readying for a nap, Corey returned from the bathroom facilities with a little embarrassment showing. I was unaware of the co-ed bathroom on booking so wasn't able to warn him. I think he might get used to it 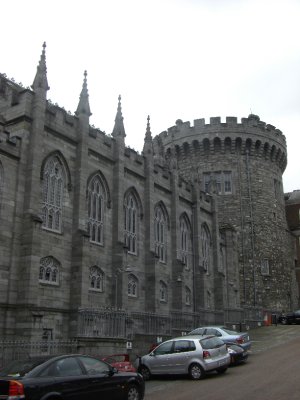 Officially obtained my first blister....and it HURTS! Need to learn to use public transport a little more and walk a little less.

If you ever stay at the Avalon house, be aware that when they say check in is at 1400, they really do mean it. I assumed that it would be much like any hotel that I have stayed in and if a room was available we could check in early. I was wrong. We arrived Dublin around 10am all ready for a short sleep before exploring and were forced to explore on no sleep. I think at this point, we were all a little agitated. No one was allowed early entry and there was about 12 people waiting to check in at 1400....finally nap time!

My sight-seeing in Dublin was short and incomplete. I have to say that I do like the feel of the city. It's very youth-full and looks like lots going on. I will have to plan for a couple of days on a return trip. Not feeling much like wandering tonight. With little sleep and blisters on my feet, it's just going to have to wait for a better day. Will head to temple bar area a little later when the rest of my travel group wakes up and feels like getting a bite and a beer. Hope that a drink or two will help me sleep tonight. 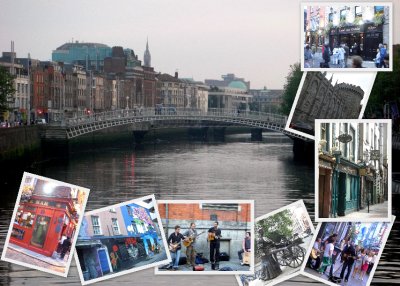 Have a three hour flight into Rome tomorrow....then we can relax for a little while as we will be staying there for 7 nights. Plenty of time to explore Rome at a casual pace.

Update: Got out for a little dinner and Trinity's First!!! 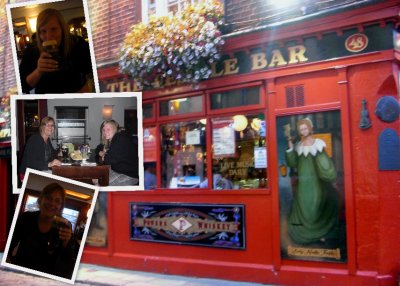 Glad you arrived safely....have a fantabulous time and keep up with the blogs!