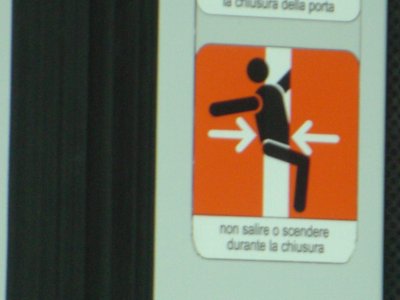 If you have ever wondered why signs like this are posted....it's because people like me do stupid things! Trinity and I were checking out the different stops on the Subway...randomly stopping and checking out the local areas. BTW, the south side of the orange line is a little seedy looking, if you wanted to know.

We were at one of the last stops on the orange line and heading back home. As we were coming down the steps the train was stopped..."hurry", I said to Trinity....as i walked quickly to the subway. You see the pic? Yep, that was me! Half in and half out of the subway door, with Trinity behind me unable to get on and (I assume) looking at me as if I was a complete idiot! I could have avoided being in such a predicament in two ways: 1>hop on and leave Trinity to catch up at the next station or 2> Not try to hurry onto the train. However, I did neither and ended up STUCK! I guess that I just assumed that the doors would automatically sense that there was a person there and re-open like they do in an elevator...but they DO NOT. Dont try this on your own...take my word for it! The subway doors WILL close no matter if you are in them or not!

I came out of the situation totally unscathed (except for my pride). Trinity and I took the next train (where the people on board were totally unaware of my previous blunder).

So, the next time that you find yourself on the Rome subway, remember to HEED ALL WARNING SIGNS!! (I know that I will).

Trinity and I had a great day playing around and visiting some of the major tourist sites. 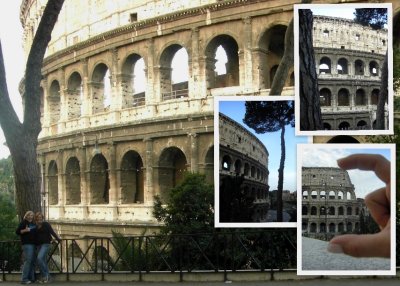 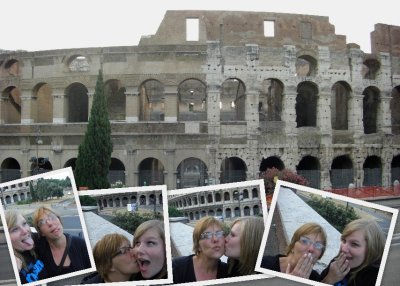 That is fan-freaking-tastic! I'm loving your stories! I recently realized that I wasn't subscribed to your blog, but now I am!
xoxo
Kim